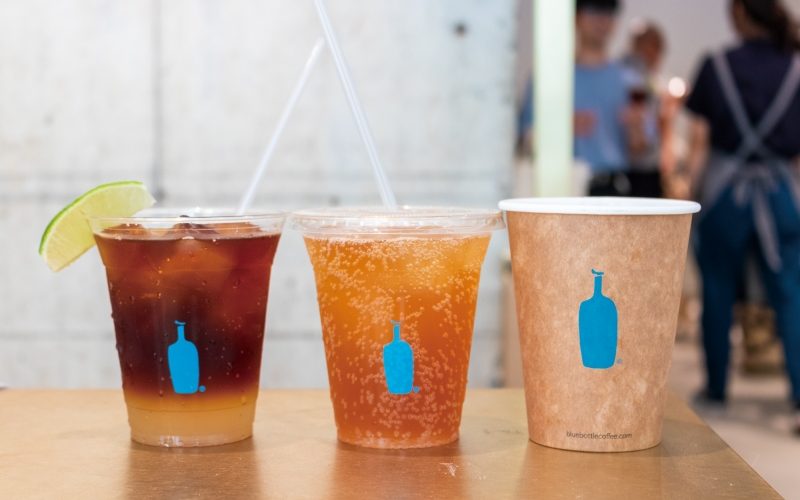 Is this supposed to be an airplane?

I think it’s just the top.

Wow, this is the long line. I am not used to this.

Me neither. I’m not used to standing in lines at cafes.

Year, I mean, sometimes there will be like a line of 5 people in America but nothing this long.

We’ve braved the line and made it to the table.

So, what time does this location open normally?

Um, I think they open at 10 am which seems to be a normal time for cafes in Japan.

The coffee shops out here usually open at 10.
It’s one of the things that drove me like a crazy.

Yea, definitely. Something different from America where coffee shops
I mean, the earliest I’ve seen open is 5:30 for the morning rush airport go-ers.

I’ve been thinking about it.
When I first got to Japan, I just went into a rage before I had to go to work because I had no coffee.

All I had was those canned coffee.
Which was delicious, but not quite the same.

Canned coffee that they don’t have in America.

So I wonder if maybe it is not the kind of a ritual the way in America.

Things you can find on the floor is siphons. I’ve also find some of the Chemex.

Do you remember if the people who worked there had a uniform?

No, they wore whatever they wanted.

I think it’s interesting how in Japan, the esthetics of appearance is just so… important?

Do you know the top three cities know for their coffees?
Prtland, Oregon is number 1.
Seatle, Washinton is number 2.
Provodence, Rohde Tsland

I am not used to that.
私はそれに慣れていません。

went into a rage
頭に来る